From Cybersphere Wiki
This is the approved revision of this page; it is not the most recent. View the most recent revision.
Jump to: navigation, search 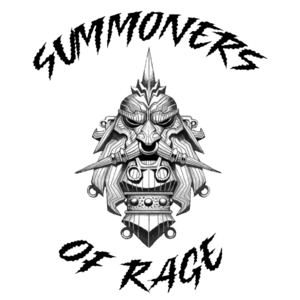 Summoners of Rage came out of the ground, and into the SoCal light in the late 2048. The leader, Ludov Grungni gained influence among the notable nomad leaders, organized crime enforcers, and under-bosses of notorious street gangs in order to piece together a gang of his own. The majority of the group are nomads who are proficient in hit-and-run tactics with motorcycles and light assault vehicles. Others keep the logistics end of the gang running with smithing and crafting operations.

The orgins of the Summoners of Rage fall beneath the pock marked sides of Mount Rainier, and the battles that incinerated the colonies that inhabited the mountain. SoR was originally a skirmisher battalion specializing in guerrilla warfare used to harass and spread discord through the enemy ranks that traversed the mountain's switchbacks. Ludov was a young militiaman during the inception of the battalion, and would later watch the battalion burn with the mountain.

The gang runs off a strict honor code that many outsiders find unreasonable, and all too literal during confrontations and business propositions. Requirements to join the gang have become strict ever since they've come out to the public. Keeping to their nomadic roots, all members have a background that hails from the sands of the waste. Another trait that runs across the board for all members is that they are proficient in some sort of motor skills, though the majority of them are bikers, some take to the skies to achieve air superiority for the gang.

Summoners of Rage members are easy to spot in public due to the bright, bombastic armbands each member wears, and the more fanatic members sport large, orange dyed mo-hawks.

From an outsider's point of view, Summoners of Rage seem to be motivated in keeping the wasteland to the nomads and for the nomads only. The over inflation of pelts and skins are kept in check due to their rigorous surveillance and patrols on frequented hunting grounds. Their business conducted in the city seems to be fueled by personal grudges that have befallen group members during day to day activities.